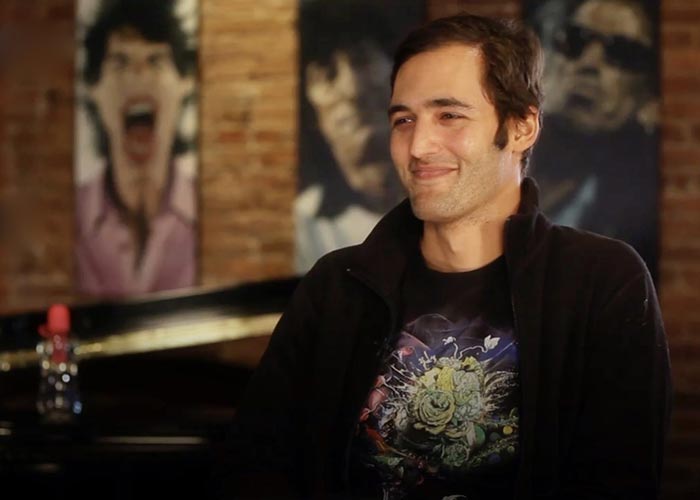 Described by The Atlantic as “part Timothy Leary, part Ray Kurzweil, and part Neo from the Matrix,” Jason Silva is blazing new trails in the ways that people conceive spirituality, technology, and transcendence. During his youth in Caracas, Venezuela, Silva found art and ideas were the only way to distract himself from death, or the impermanence of the human condition. After studying film and philosophy in the University of Miami, he made “Textures of Selfhood,” a documentary on hedonism and transcendence that garnered him the attention of producers for Al Gore’s cable network Current TV. Silva was a presenter and producer there from 2005 to 2011, but eventually he left television to try his luck with a series of online short films, Philosophical Espresso Shots. These films were a game-changer.

Silva believes cinema to be the best way to communicate subjective experiences, and the impact of his Philosophical Espresso Shots facilitated countless invitations for him to present keynote addresses, and even piqued the interest of National Geographic. He became a global keynote speaker, presenting at Google, The Economist Ideas Festival, DLD Digital Life Design Conference in Munich, TEDGlobal, the Singularity Summit, amongst countless others. National Geographic Channel made Silva the host of “Brain Games”, a show exploring neuroscience through interactive games and consultations with scientific professionals. “Brain Games” is an Emmy-nominated series, as well as a global hit broadcasted in over 171 countries. He also hosted the National Geographic limited series “Origins”, which explores the beginning of mankind, and serves as a member of the channel’s “Expedition Granted” competition. He has also been a fellow at the Hybrid Reality Institute, where he studied topics in transhumanism.

Jason Silva tells Deepak how he believes that the process of art and the promise of technology can provide respite from the fear of that human condition: mortality, impermanence, death. Silva speaks of how the Singularity is jokingly called “the rapture of the geeks,” but he declares that he really believes that technology can deliver miracles in ways that religion never could, and Deepak agrees that technology is divine. When asked by Deepak what constitutes transcendence, Silva replies that he’s seeking something that will move him to tears. The two of them discuss whether or not such transcendence can exist in a world that technologically does away with impermanence, and they reach no easy answers.