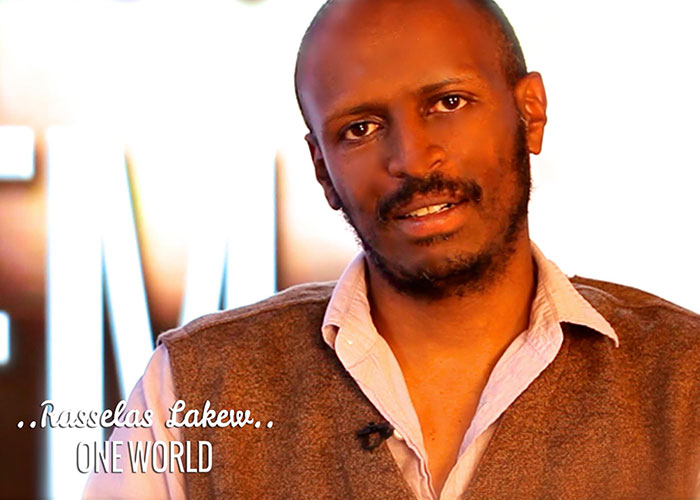 Rasselas Lakew talks about his life, cultural upbringing in Ethiopia during a revolution, and its impact on his filmmaking career. Rasselas Lakew talks about the historical significance of his film, “The Athlete”, where Rasselas Lakew played the principal character, Abebe Bikila. From an early age, Rasselas Lakew knew he wanted to be a filmmaker. He remembers watching films with his family back in Addis Abaha and enjoying their powerful ability to unite people as they view art in its purest form, exploring history and ideas together.

Rasselas Lakew is a director, actor and writer born in Addis Ababa, Ethiopia. He received critical acclaim and multiple international awards with the movie The Athlete (2009), a true story based on the life of legendary Ethiopian Abebe Bikila; the first African marathon runner to win three consecutive Olympic Gold medals.

Running the streets of Rome in 1960, an unknown, barefoot Ethiopian man stunned the world by winning Olympic gold in the marathon. Overnight, Abebe Bikila became a sports legend. A hero in his own country and to the continent, Bikila was the first African to win a gold medal and, four years later in Tokyo, the first person in history to win consecutive Olympic gold medals in the marathon. This soldier and quiet son of a shepherd is considered by many the greatest long-distance runner in history. But his life story only began with Olympic medals. One evening while returning to his home in Addis Ababa after training in the Ethiopian countryside, fate would present this remarkable champion with his greatest challenge; to dig deep within, not just to run the next mile, but to find the will to live. The race of his life had a new beginning and would lead him to places he could never have imagined. A truly unique approach to the biographical picture, 'Atletu(The Athlete)' focuses on the final years of Bikila's life; his quest to regain Olympic glory, his tragic accident, his determination to compete again. Shot in 35mm from the Arctic Circle to the Equator, 'Atletu(The Athlete)' is an extraordinary narrative feature that seamlessly blends autobiography, biopic, drama and documentary. This beautiful and moving independent film investigates the inner workings of a man who is ceaseless and single-minded in his journey for greatness.