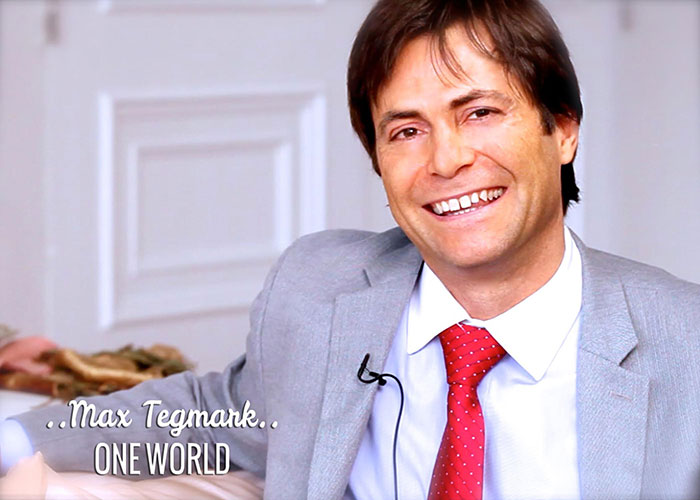 Life, Max Tegmark tells Deepak, is the single most important thing in the universe. Without life, he says, without consciousness, without our ability to be self-aware, the universe would be a waste of space. Humanity ought not to feel insignificant because of our small size, because the notion of the beauty of everything else, only exists as a product of our perceptions.

In this extended episode of One World with Deepak Chopra, viewers are given direct access to conversations concerning the quantum mysteries of the universe with guest Max Tegmark. Tegmark is a professor at MIT, scientific director of the Foundational Questions Institute, a co-founder of the Future of Life Institute, and he has been elected a Fellow of the American Physical Society. Tegmark has also received donations from Elon Musk to investigate the existential risk posed by advanced artificial intelligence, and he is a supporter of the effective altruism movement. He has been interviewed for countless scientific programs, documentaries, and podcasts, has over two-hundred publications, and is the author of two books: Our Mathematical Universe, and Life 3.0: Being Human in an Age of Artificial Intelligence.

Tegmark tells Deepak how the single most important thing he’s learned as a scientist is that whatever the ultimate nature of reality is, it is very different from what we once thought it was. That is why, he goes on, theories must not be discarded if they feel counterintuitive, because answers very often do feel counterintuitive. As a child, Tegmark loved detective stories and books with logic puzzles, but it was only when he got older that he realized that physics constitute the ultimate detective mystery, and he gets to play detective. He declares that by looking at the mathematical patterns of the universe, he can answer where the universe came from, and hopefully decipher the most beautifully complex pattern in the entire universe: The Human Brain.

Deepak asks, what happens when the brain and mind become one? Max Tegmark has no definitive answers for him, declares that he is a strong believer in unity, and that the universe is no schizophrenic entity, we simply have yet to identify the unified means of function. Tegmark believes the secret to that lies in understanding human consciousness itself. This conversation recorded with Max Tegmark offers an extended look of what Deepak identifies as the way that “Science is the next frontier that is bringing back the mystery of our spirit.”