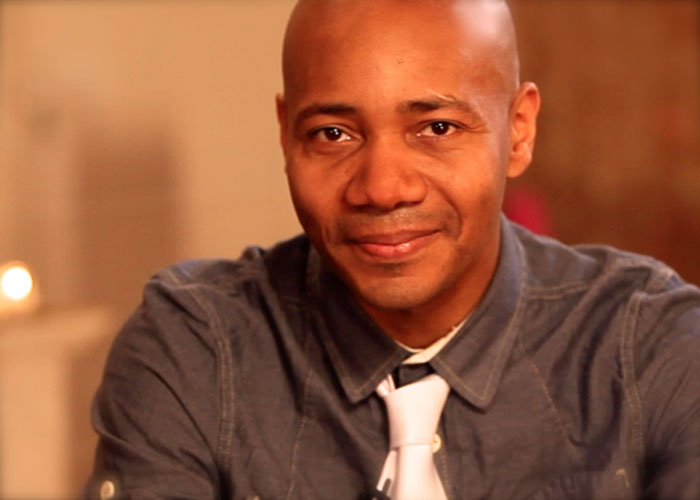 Music is a reflection of the internal as it tries to understand the external, DJ Spooky tells Deepak, referring to it as the poetry of the unconscious. In this One World interview, composer, artist, and writer Paul D. Miller, aka DJ Spooky, speaks to Deepak about how art relates to and affects the cultural and ecological state of the planet. Miller has performed works in collaboration with artists ranging from Metallica to Laurie Anderson, from Chuck D to Yoko Ono. He is the writer of the acclaimed nonfiction book Rhythm Sounds, as well as The Book of Ice, an experiential visual and acoustic portrait of the Antarctic. He also edited the anthology Sound Unbound, and is the editor of Origin Magazine. He was the first Artist-in-Residence at the Metropolitan Museum of Art, has composed works for the Brooklyn Academy of Music, the Seoul Institute of the Arts, and received the National Geographic Emerging Explorer Award in 2014.

Deepak asks Miller when he realized music was going to play such a large role in his life, and Miller reveals that it originally arose as an organic coincidence. Miller was living in the East Village, writing for Artforum and the Village Voice, collecting records, and hosting art parties. Implementing his records, the art parties were packed, popular, and lively gatherings. Realizing his talents for playing the crowds, DJ Spooky was born. Miller knows how to play a party, but he uses his music and art background as platforms to explore complex issues faced by humanity. He and Deepak speak about the American sense of turbulence around environmental issues, the complexity of thinking about massive scale change, and the ways that Miller is interested in perceiving the ecology of nature as a musical system. He believes that art can speak in ways that scientists can’t, and that art can illuminate the possibility of a better world. Deepak and Miller discuss the possibilities of music in treating sickness, and how such treatment may be one of the most important developments of the 20thcentury.

Miller is asked about his immediate goals, asked what he sees as the evolution of music and its relationship to well-being and ecology. He answers how music is a mirror held up to society, and just as the music requires evolution and variance to keep its audience going, society also possesses an urgent need for innovation in order to thrive. These variations aren’t about the music, the thing itself, but about the listeners, the people, the planet, and the hope and joy they derive.