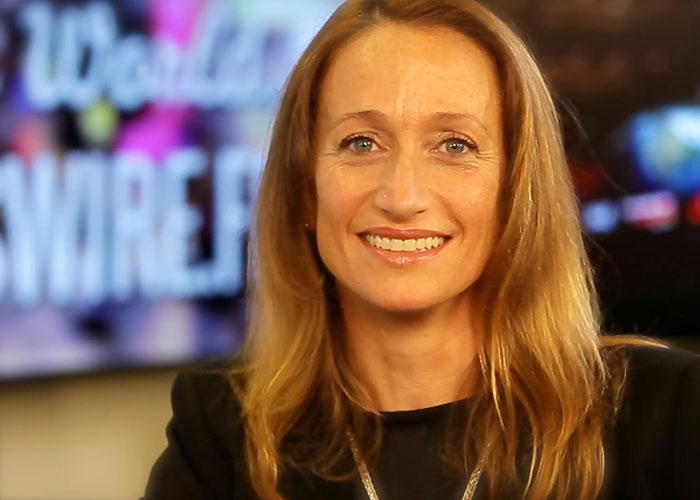 Celine Cousteau is an activist, advocate, explorer, and filmmaker who follows in the footsteps of her grandfather, famed explorer Jacques Cousteau, in making the public at large more aware of the world we live in. She first experienced diving just before the age of nine, when her grandfather gave her a quick but integral lesson in the waters off the coast of Monaco. When Deepak asks about parallels between diving and meditation, Cousteau remarks on how the attention she pays to every breath underwater generates her most meditative state. In this video, Cousteau and Deepak discuss the state of the ocean today, and the ways in which she utilizes her production company, CauseCentric Productions, to share the stories of people working to make a difference around the world.

Cousteau explains how she hopes to expand awareness of the fact that the survival of the human race is intrinsically intertwined with that of the environment. In order to do that, the films created by CauseCentric aim to make the environmental story more compelling for people across different sectors. She notes how it is easy to communicate with like-minded people, but it is more difficult to resonate with others across industry and cultural lines. By presenting through film the stories of the people working to find solutions to environmental and socio-cultural issues, she hopes to help change human consciousness. By empowering these people to share their stories across various lines, she hopes to bring the human species closer to reconnecting with the rest of our ecosystem.

In 2015, she created the Celine Cousteau Film Fellowship, which aims to endow a new generation of storytellers with the means of making this awareness and reconnection a reality. She has served as an Ambassador for both The TreadRight Foundation and Jane Goodall’s Roots and Shoots program, on the Council of Oceans for the World Economic Forum, and on the advisory boards for both the Himalayan Consensus and Marine Construction Technologies. Cousteau has also served as a Guest Designer for Swarovski, a brand ambassador for Keen, and is considered to be one of the premier environmental speakers in the industry.

Celine Cousteau is inspired by the people on the ground trying to create positive change in their communities, and works herself to make a positive difference through all of her wide-reaching environmental advocacy.