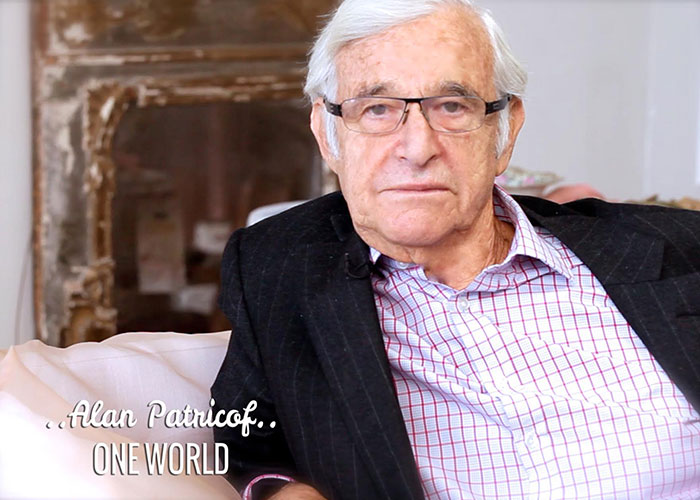 Discussing the origins of venture capitalism, Alan Patricof explains to Deepak Chopra how the idea of backers supporting innovation can be traced all the way back to the Bronze Age, but Patricof concedes that the practice we now know as venture capitalism truly started in the United States after the second world war. Alan Patricof, the founder and managing director of venture capital firm Greycroft LLC, as well as APAX, one of the world’s leading private equity firms, provides a vivid picture of the history, the function, and the mentality of the venture capital world. As one of the early pioneers in the industry, his is a perspective informed by tremendous success and extensive experience in the world of venture capital.

Alan Patricof’s strategy is to lose as little as you can and to make as much as you can, and in order to do this, one must balance risks and have discipline when investing. He makes it clear that he invests in the people, not the product, that it is effective people that produce success. Patricof’s strategic thinking has led to his involvement with Apple Computer, America Online, Office Depot, Cadence Systems, Cellular Communications, Huffington Post, and Audible, amongst others. The knowledge and experience shared in this interview provides a firsthand look at the inner workings of a financial luminary of our time.

Alan Patricof is the founder and managing director of Greycroft. A longtime innovator and advocate for venture capital, Alan entered the industry in its formative days with the creation of Patricof & Co. Ventures Inc., a predecessor to Apax Partners – today, one of the world’s leading private equity firms with $41 billion under management. He stepped back from the daily administration and operational aspects of Apax Partners, LP in 2004 to concentrate on a group of small venture deals on its behalf. In 2006, he founded Greycroft Partners, a venture capital firm, to invest in leading early and expansion stage investments in digital media. With offices in New York and Los Angeles, Greycroft is currently investing from its fifth Fund as well as its second Growth Fund and has $1B+ under management.

With a 40-plus year career in venture capital, Alan has been instrumental in growing the venture capital field from a base of high net-worth individuals to its position today with broad institutional backing, as well as playing a key role in the essential legislative initiatives that have guided its evolution. He has helped build and foster the growth of numerous major global companies, including, among others, America Online, Office Depot, Cadence Systems, Cellular Communications, Inc., Apple Computer, FORE Systems, NTL, IntraLinks, and Audible. He was also a founder and chairman of the board of New York magazine, which later acquired the Village Voice and New West magazine.