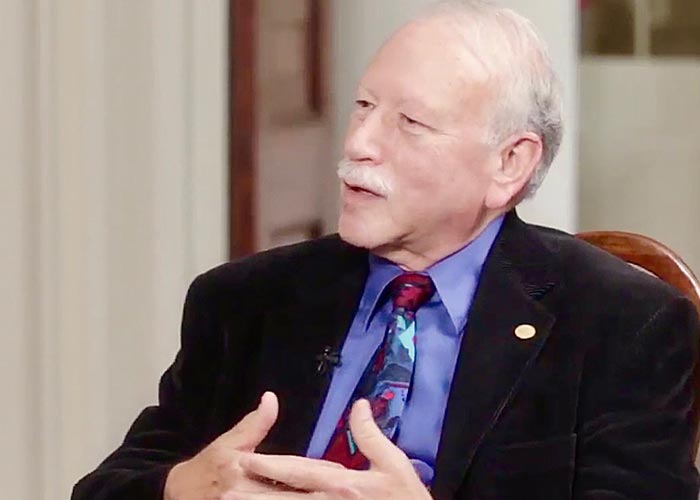 Starting with the Big Bang Theory up until today’s most recent discoveries, Joel R. Primack explains a timeline of the theories, discoveries and anthropic arguments which form our current understanding of the universe. Joel R. Primack’s research and studies focus heavily on dark matter and the formation and evolution of galaxies. Using supercomputers, him and his colleagues simulate and visualize the evolution of the universe under various assumptions and comparing the predictions of these theories to the latest observational data, which he explains at great length.

Dr. Joel R. Primack specializes in the formation and evolution of galaxies and the nature of the dark matter that makes up most of the matter in the universe. After helping to create what is now called the "Standard Model" of particle physics, Primack began working in cosmology in the late 1970s, and he became a leader in the new field of particle astrophysics. His 1982 paper with Heinz Pagels was the first to propose that a natural candidate for the dark matter is the lightest supersymmetric particle. He is one of the principal originators and developers of the theory of Cold Dark Matter, which has become the basis for the standard modern picture of structure formation in the universe. His most recent book is The New Universe and the Human Future, coauthored with Nancy Ellen Abrams.

In 1995 Primack was made a Fellow of the AAAS "for pioneering efforts in the establishment of the AAAS Congressional Science Fellows Program and for dedication to expanding the use of science in policymaking throughout government". He has served on the board of the Federation of American Scientists and was a founder of the Union of Concerned Scientists. His popular articles on efforts to protect the near-Earth space environment have appeared in Bulletin of the Atomic Scientists, Science, Scientific American, and Technology Review. He was a member of the AAAS Committee on Scientific Freedom and Responsibility, and helped to establish the AAAS Science and Human Rights program. He also served as an adviser to and participant in the Science and the Spiritual Quest project, and as chairman of the advisory committee for the AAAS Program of Dialogue on Science, Ethics, and Religion 2000-2002.

Joel Primack was also one of the main advisors for the Smithsonian Air and Space Museum's 1996 IMAX film Cosmic Voyage, and he has worked with leading planetariums to help make the invisible universe visible.

Tags: American Association for the Advancement of Science, The New Universe and the Human Future, Cosmic Voyage,