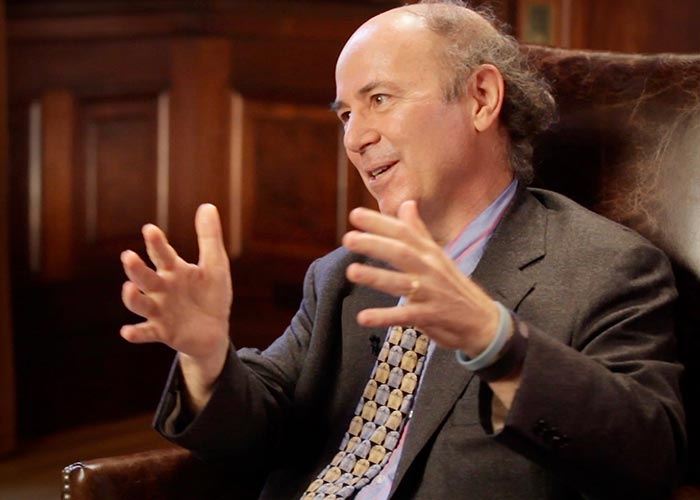 How do we scientifically quantify beauty in people and in nature? How does the world embody beautiful ideas? Dr. Frank Wilczek’s conversation with Deepak Chopra discusses his book, “A Beautiful Question” which tests the common misconceptions about how we form our opinions on success, beauty and our imaginations.

Frank Wilczek is a theoretical physicist, author, and intellectual adventurer. He has received many prizes for his work, including a Nobel Prize in Physics.

Wilczek has made seminal contributions to fundamental particle physics, cosmology and the physics of materials. His current research focus includes Axions, Anyons, and Time Crystals. These are concepts in physics which he named and pioneered. Each has become a major focus of world-wide research.

In recent years Frank has become fascinated with prospects for expanding perception through technology. He is developing hardware and software tools for this.

He has authored several well-known books and writes a monthly "Wilczek's Universe" feature for the Wall Street Journal. His latest book, “Fundamentals”, will be released in January 2021.

Wilczek received a B.S. at the University of Chicago in 1970, and a PhD in physics at Princeton University in 1974. Currently he is the Herman Feshbach professor of physics at the MIT; Founding Director of the T. D. Lee Institute and Chief Scientist at Wilczek Quantum Center, Shanghai Jiao Tong University; Distinguished Professor at Arizona State University; and Professor at Stockholm University.